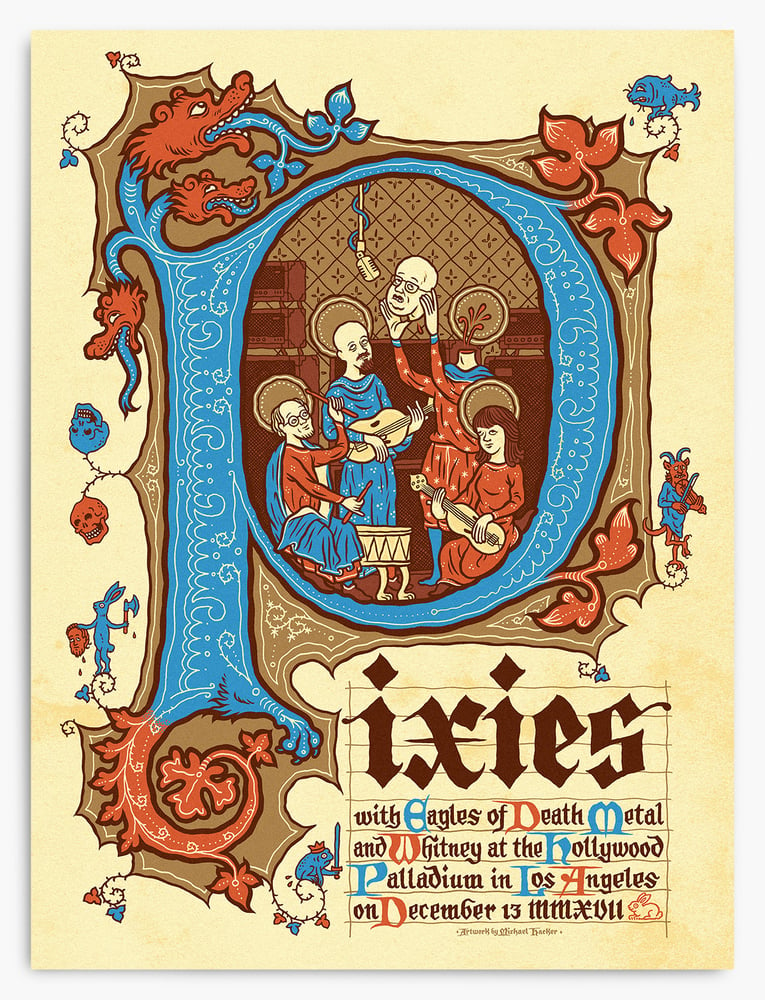 Inspired by Pixies' latest release's title track "Head Carrier". The song is about St. Denis of Paris, a 3rd-century saint who was beheaded by a sword and is said to walk without his head for several miles.

All my gig posters are official merchandise and always approved by the band.